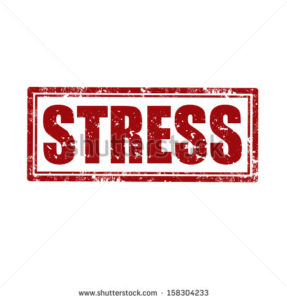 There has been a riot in London recently. Maybe you have seen it on the TV news. It started as a student protest against rising tuition fees, as you can see in the top picture. But it finished as a riot, with smashed windows and violence.

So why are the students so angry? They are furious that the government is planning a big rise in the cost of University courses. At the moment, students who go to university have to pay up to £3,230 per year for their courses. They also have to pay for their living expenses and books. The new government plans would increase the maximum amount of tuition fees to £9,000. In other words, the fees could triple!

The students are particularly angry with the Liberal Democrat party, and their leader Nick Clegg, because before the General Election in May 2010, the Lib Dems promised to vote against rises in tuition fees. Now that they are in a Coalition Government with the Conservative Party, the Lib Dems have voted in favour of the fee increases.

The students organised a march to protest against these changes. There was a huge turnout for the protest, and some of the protesters decided to attack the Conservative Party Headquarters, at Millbank. They smashed the windows and entered the building, and finally climbed up to the roof. One of the students threw a fire extinguisher from the roof at some police officers below.

The newspapers say that the march was hijacked by anarchists, but many of the students who were photographed and filmed on CCTV at the riot were very young and did not even cover their faces. Many of them have now been arrested by the police.

There will probably be more protests in Britain over the coming months. Perhaps we will have a ‘winter of discontent’ with many strikes about government’s recent austerity budget. Because of the financial problems in the UK, caused by the credit crunch, there will be big cuts in all areas of government spending, leading to high unemployment and homelessness.

There is a big debate in the UK about whether the Government is doing the right thing with their austerity budget. Of course we need to cut spending and reduce our debt – but is the government going too far? Let’s see what happens…

Undeline the following words and underline the stressed syllable in each word.

There are some words that have the same spelling but a different pronunciation. For example:

1. a) …the Lib Dems have voted in favour of the fee increases.

b) The new government plans would increase the maximum amount of tuition fees to £9,000…

2. a) It started as a student protest against rising tuition fees…

b) The students organised a march to protest against these changes

Why are these words pronounced differently? It is because we are using the same word as both a noun and a verb.
In sentence (a) of each example above, the word is a noun. These nouns are increase and protest.

In sentence (b) of each sentence above, the word is a verb. These verbs are increaseand protest.

We have a rule in English about this:

Let’s look at some other examples.

1. You will progress a lot with your English if you follow this rule. (verb)

You will make a lot of progress with your English if you follow this rule. (noun)

2. There has been a decrease in the number of visitors to the museum. (noun)

The number of visitors to the museum has decreased. (verb)

3. He rejected the plan.

This bowl was a reject, so I bought it at half price. (note: the noun ‘a reject’ means ‘something that was rejected due to deficiency’)

4. Steel is one of Britain’s main exports. (noun)

5. Britain imports a lot of food during the winter. (verb)

Food is a major import for Britain during the winter. (noun)

6. Everyone was present at the meeting. (adjective)

He gave me a birthday present. (noun)

I will present my ideas to the company tomorrow in a presentation. (verb)

Of course, there are exceptions to the rule about word stress in 2-syllable nouns and verbs. Some words have the same word stress for both the noun and the verb. Examples of these are:

1. I answered the telephone. (verb)

I will give you my answer tomorrow. (noun)

2. I can just picture you as a politician. (verb)

He told me all about his travels in Asia. (noun)